Air pollution is very important to be known by everyone. The reason being is that a lot of gases are being released in the air and it can affect human, and wildlife health. Climate change is important because as the ice in antarctica melts which leads to the water level at the beaches to increase so more land is being buried underwater. The drought is caused by air pollution because as temperatures rise there is a low chance of rain. People can stop this from getting worse by trying to use less fossil fuels and that can help reduce air pollution.

There is a lot things that we can learn from this tragic natural disaster. One thing that we can learn is if you are living in place that has a high chance of getting such natural disaster you should always be ready and stack up on important supplies, for example water, raft, clothes etc. We also can learn that people care because a lot of people and animals were saved during this disaster. They were saved by people who were willing to help save each other and stores and churches gave people shelter which saved a lot peoples life. There is nothing that can be done to prevent this from happening. 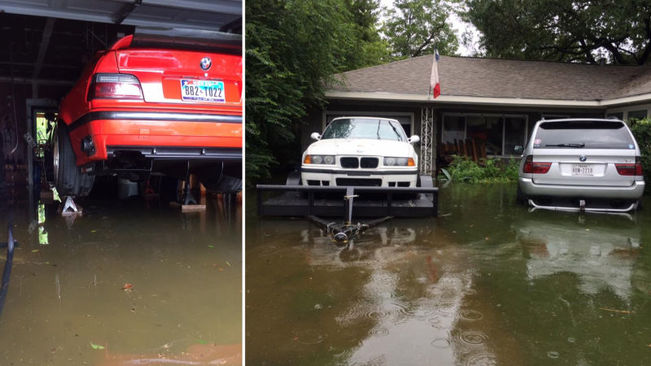 This is unbelievable how this man acted quick and before Harvey hit Houston he managed to save all his cars from getting damaged. In my opinion this man was ready for Harvey. 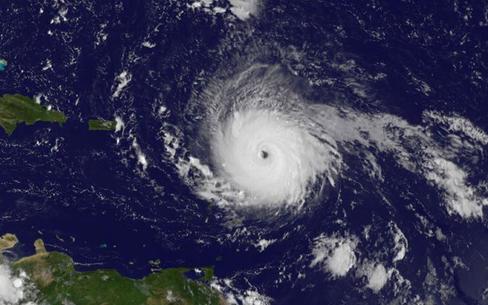 Climate change has a big impact on why all these natural disasters are happening. We started by seeing the record breaking rain fall of Hurricane Harvey and now the fast progression of Hurricane Irma to a category 5. You cannot just jump to conclusion that climate change is the first thing to blame for the hurricanes because the flooding that Houston had was mostly because of the drainage regulations it had. Hurricanes feed off of warm water, and climate change only can make the water hotter and warmer air can hold more water vapor making it easier for a storm like Harvey to create a lot of rain. So there are different views on if climate change causes natural disasters.
This is important because people need to know what the reasons for the hurricanes are, so they can do as much as they can to prevent them from happening a lot. People can't stop a hurricane from happening but they can pollute the air less which will result in a less chance of having these many hurricanes. Good Luck Florida.

​Why are bees dying at an alarming rate??? 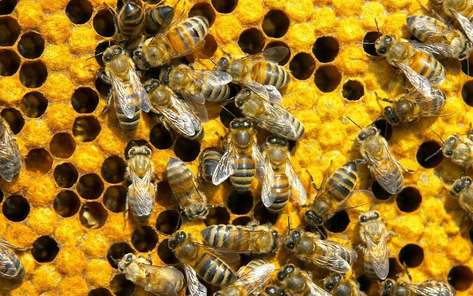 Many plants rely on bees and other pollinators to produce some natures most beloved food and most nutritious foods. Widespread pesticide use, climate change, diseases, and habitat lose are the reason why bee keepers 44% of their bees between April 2015 to April 2016, and are also the reasons why the UK bee keepers lost 17% of their bees. This is bad for farmers and even consumers because we are all going to lose something if bees go extinct. Therefore bees going is very important to the environment because we are going to be losing a lot of fruits and vegetables that we like to eat.
﻿http://www.cnn.com/2017/03/20/world/bees-eco-solutions/index.html﻿
To stop bees from dying at an alarming rate farmers can try to use less amount of pesticide, and we can lower emissions to try to help climate change not be as bad as it is because it is killing species that are important to our survival. Therefore, bees are important and we need to do as much as we can to reduce their death rate. 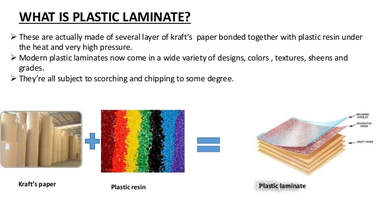 ​An inexpensive bio-material that can be used to sustainably replace plastic barrier coatings in packaging and many other applications has been developed by researchers, who predict its adoption would greatly reduce pollution. The potential reduction of pollution is immense if these barrier coatings replace millions of tons of petroleum-based plastic associated with food packaging used every year in the United States, and in other countries. This result in less plastic being used which can reduce the number of plastic not being recycled.  This is important because if this new Bio-Material works then plastic will not be used a lot and our environment will be cleaner and healthier. 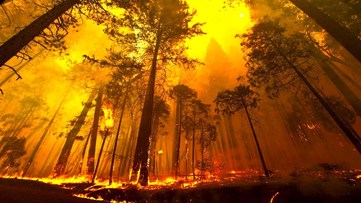 Forest fires in Southeast Asia during the El Niño droughts of 2015 caused considerable disruption to the biodiversity of the region due to the smoke-induced 'haze' they created, according to new research. The data showed there was a dramatic drop in acoustic activity by as much as 37.5% during the haze as animals were affected by the pollution. It took a further 16 weeks after the haze had dissipated before acoustic levels showed even a partial recovery. Therefore forest fires are affecting animals in forest a lot. This is important because if a lot of animals die in the fire then that would mean that they go extinct easier and that their population will be lower due to a lot of them dying off. There is nothing that humans can do to prevent forest fires because forest fires are caused by the increase in the temperature, but we can do is work together to put the fire out quickly. 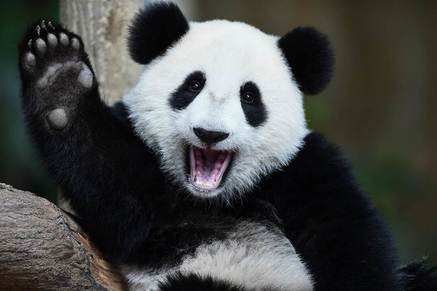 One third of the giant panda habitat in China's Wanglang National Nature Reserve has been degraded and lost to livestock grazing, a new study finds. Livestock numbers in the park have increased nine-fold in the last 15 years. The cutting of trees is causing pandas to have their homes lost which makes move to other places that they are not familiar with, and this increases their chance of dying. Therefore, the defrosting of trees and plants in the forest is causing the pandas to loose their houses and die. To stop this from happening we can stop cutting down trees where the pandas are living, and start cutting down trees somewhere that it wont affect any animal or insect.

​Droughts and wildfires: How global warming is drying up the North American monsoon

Previous researchers had concluded that global warming was simply delaying the North American monsoon, which brings summer rains to the southwestern US and northwestern Mexico. But a new, high-resolution climate model that corrects for persistent sea surface temperature (SST) biases now accurately reflects current rainfall conditions and demonstrates that the monsoon is not simply delayed, but that the region's total rainfall is facing a dramatic reduction. The increase in temperatures is causing the western countries to be in a drought becuase the hotter temperatures are decreasing the amount of rain happening. This is important because sooner or later we are going to run out of water and people are going to be living without water which can cause them to die.

How much soil goes down the drain 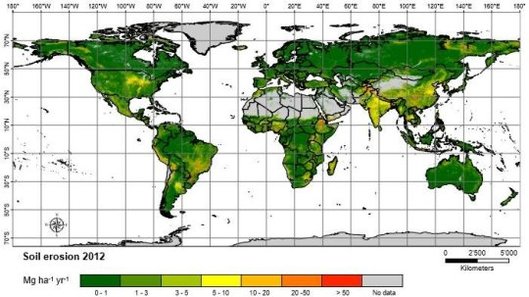 According to a new study, almost 36 billion tons of soil is lost every year due to water, and deforestation and other changes in land use make the problem worse. The study also offers ideas on how agriculture can change to become a part of the solution from being part of the problem.Soil is an essential resource for satisfying human needs, such as food and feed production, fiber, clean air and water. Soil is not an infinite resource though. Human activity and changes in land use lead to increased soil loss, which in turn degrades nature's recycling system and diminishes land productivity, thus decreasing human well being worldwide. This is important to be on alert about because it can affect every single piec of land and if keep loosing soil then we wont have enough places to where people can live. 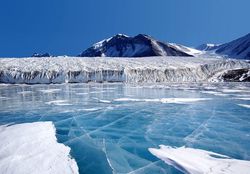 It is known that the ice shelves surrounding the continent regulate the ice flow from the land into the ocean. Now scientists found that also melting near the fringes and in the midst of the ice shelves can have direct effects reaching very far inland. This could increase ice loss and hence sea-level rise. The scientists were able to identify the areas of floating ice that can trigger the strongest response. They found that those regions of floating ice that turn out to be key for inland ice flow acceleration are located not only near the grounding lines of ice streams and ice rises, but also well at the fringes of some ice shelves -- often at those parts that are closest to Antarctica's surrounding waters which are warmer and hence more at risk. In the southernmost seas of Earth, some of the lower layers of the ocean can be warmer than the upper layers that are closer to the cold air above them. This is important because if more ice melts then the sea level will rise causing more land to be covered by water. 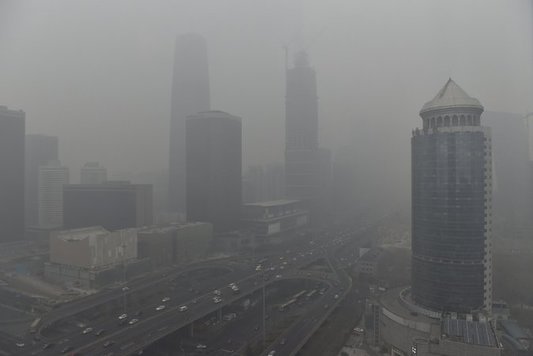 More must be done to tackle air pollution in China, according to a leading climate change expert in a new study. In China, the pollution problem has progressively worsened. At the same time, both the public and government departments lack the necessary knowledge of its formation, the causes, and ongoing management. China has invested substantial financial, human, and material resources in reducing the emissions of pollutants, and in promoting scientific research and technological development to support the protection of the atmosphere. Research has even been supported by organizations such as the Ministry of Science and Technology, the China Environment Protection Agency, and the National Natural Science Foundation of China. This is important to be aware of because people in China are having to breath this bad air, and them breathing this air can cause to get cancer, asthma and some other diseases that are not good for you.

California cliffs at risk of collapse 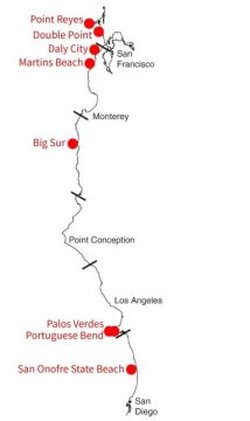 A new study provides the largest analysis of cliff erosion throughout the state of California and provides a new hazard index for determining which areas are at most risk.
Research suggests that erosion rates will increase as sea level rises, further exacerbating these problems. "It is critical we study current and historical cliff retreat so we can better plan for the future," says Adam Young, a researcher at Scripps Institution of Oceanography at the University of California San Diego who recently published a unique large-scale analysis of coastal cliff erosion in California. While some of the basic causes of coastal cliff erosion -- such as rainfall and waves -- are clear, this has not translated into a simple way to predict future erosion rates or identify areas at risk. Variation in cliff geology, beach protection, exposure to weather, and other factors also complicate predicting erosion rates. This is important to be aware of because it puts a lot of people at risk and it can cause people to loose their houses, and it can harm the environment and it can kill people and animals.
Powered by